Seattle Seahawks replica or authentic jerseys are a must for a fan.

This is my favorite NFL football team of all time! I grew up in the area and I’ve followed the team every since.

They continue to be one of the more competitive teams out there especially after winning their first Super Bowl which was SB 48. They crushed the Denver Broncos and it is the single most spectacular sports moment in my life.

It’s even better than I imagined it would be. I’m so thankful for the win. I’m also thankful my kids were able to witness the win and I hope they remember that day for the rest of their lives.

Seattle Seahawks jerseys are the first thing I think of when asked what I want of theirs. My very first jersey growing up was a white #28.

That’s Curt Warner who was a star running back for the team in the early to mid 1980’s.

My second jersey was a blue #45. That’s Kenny Easley. He is one of my favorite players of all-time. If I could ever have a certain number it would be #45.

Today, the Seattle Seahawks jerseys are hands down the best looking ones out there. Yes, I know many people like the traditional but boring jerseys of teams like Cleveland, Pittsburgh and San Francisco.

Nike totally redesigned the look of the Seahawks and they struck gold!

You can get them customized, replicas and even throwback one’s from years past. I really hope you find one you like so you can sport it at the game whether at the stadium or at home.

One of the most popular jerseys in all of sports is one with Russell Wilson’s number and name on it. Not just the NFL but ALL sports.

He is one of the best players in the league and he’s one of the most classy players too both on the field and off.

He was passed over by many teams in the NFL just because of his height but the Seahawks didn’t and they’ve been rewarded big time.

You can get this in many different sizes but the most popular is this one which is X-large. 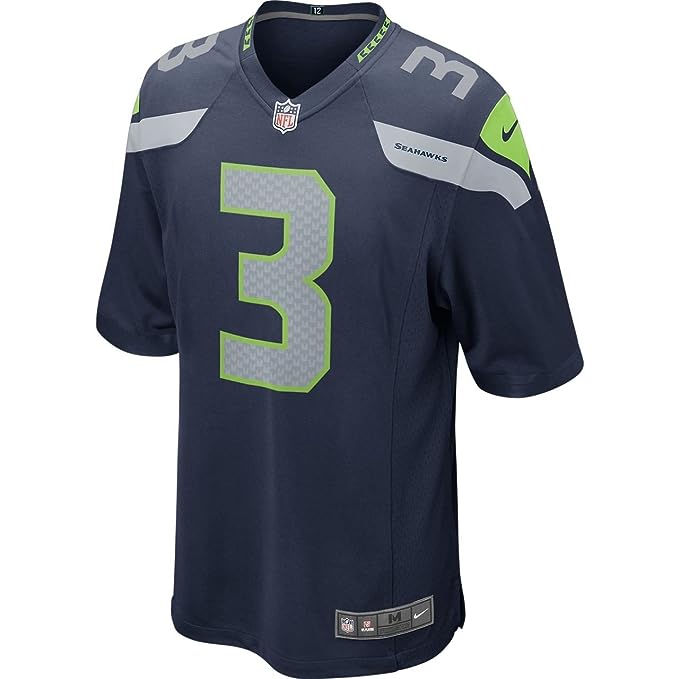 This team has been sending a lot of popular players to the Pro Bowl including Russell Wilson, Earl Thomas, Kam Chancellor and others.

I basically want all of those! Those guys are all great players who work hard and represent the team in a big way each and every Sunday. You can get these in all sorts of different sizes.

Some of them have jerseys available and some don’t. I have the best of the best listed below. It’s hard to not want all of them. I like all these players. 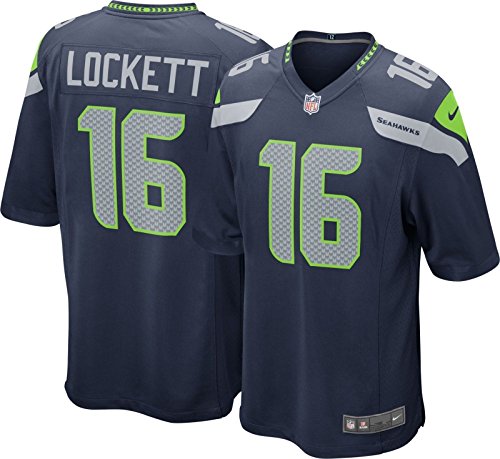 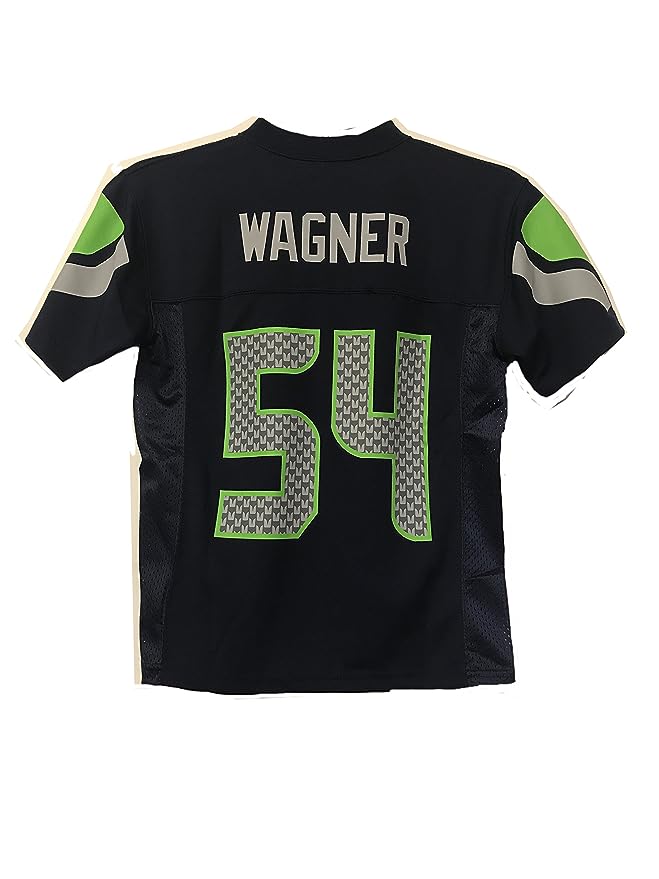 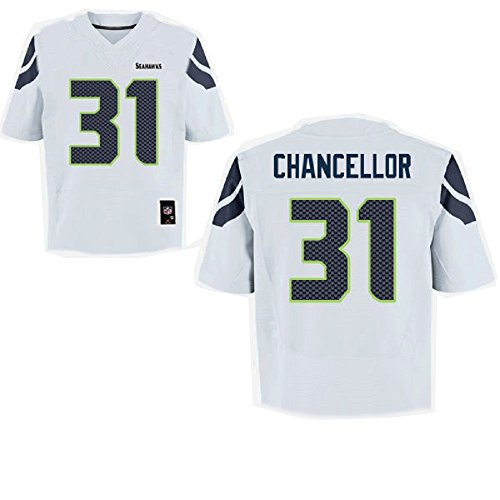 Steve Largent is a Hall of Fame wide receiver who played for the team and was a superstar.

He held several receiving records and went to the Pro Bowl seven times. With over 13,000 yards and 100 touchdowns it’s no wonder everyone still wants his jersey!

He was inducted into the HOF in 1995 and watching his highlight reel brings back a lot of memories. 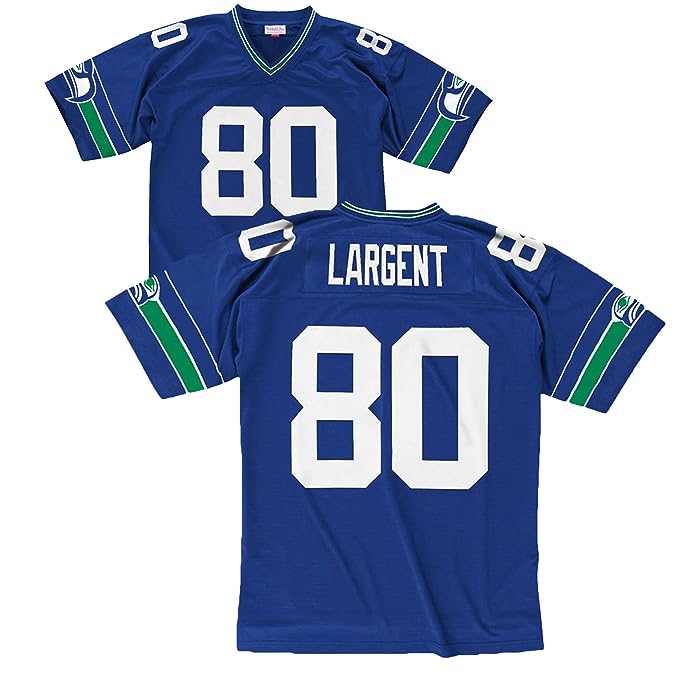 Women Need One Too!

Women need one too right! This is one specifically created for women. I hear these fit really great. 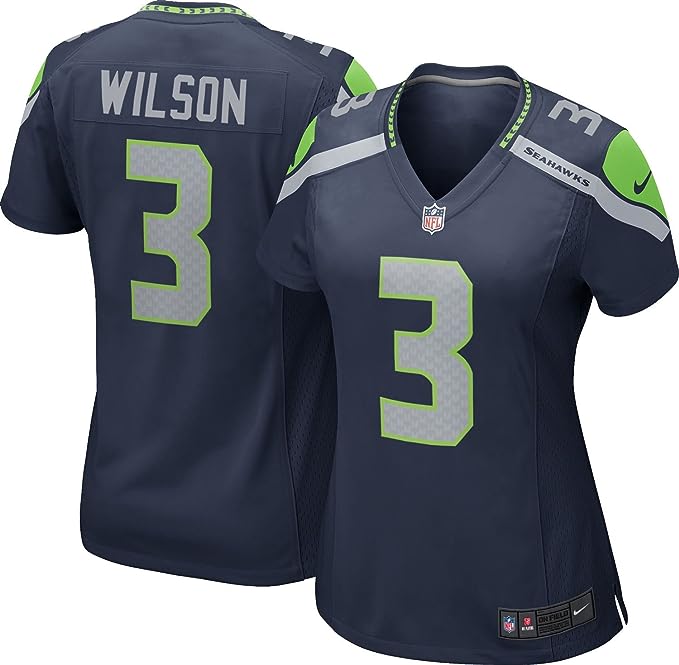 This jersey is perfect for children. The size is all youth sizes from small to x-large and is the dark blue home version with Russell Wilson’s name and number. 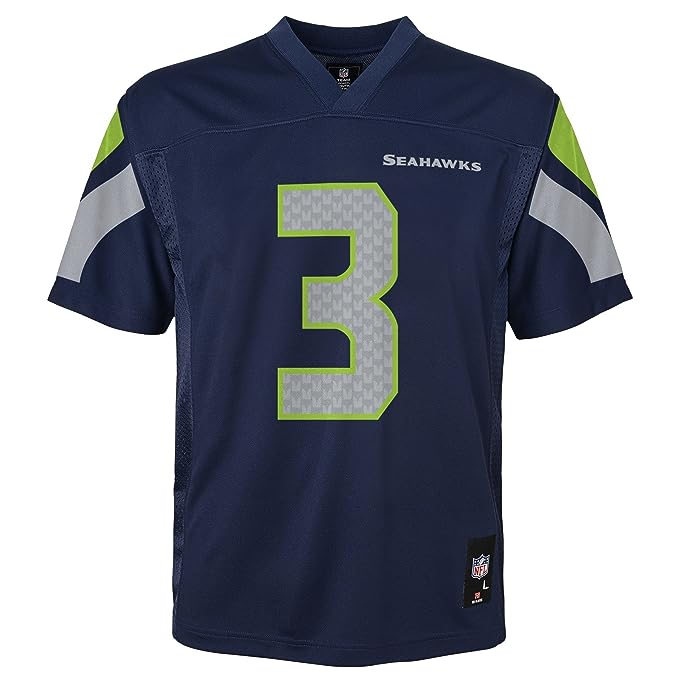 The 12’s in Seattle has no comparison. They are the loudest fans in all North American sports. They support the team through thick and thin and have given the team the best home field advantage the sport has probably ever seen. Opposing teams hate to play there.

This shirt is worn by many fans on game day. At the very least this is one of the Seattle Seahawks jerseys you should own.

Making of a Champion: Seattle Seahawks

Another great video for you to watch!

There are plenty of sweet Seahawks jerseys to buy. You must have a Russell Wilson jersey in your collection and another one to have is one of the 12s jerseys.

To see more than what I’ve listed on this page please check out this deals page on Amazon.